How can we think differently about leadership? Re-defining leadership – Part 1 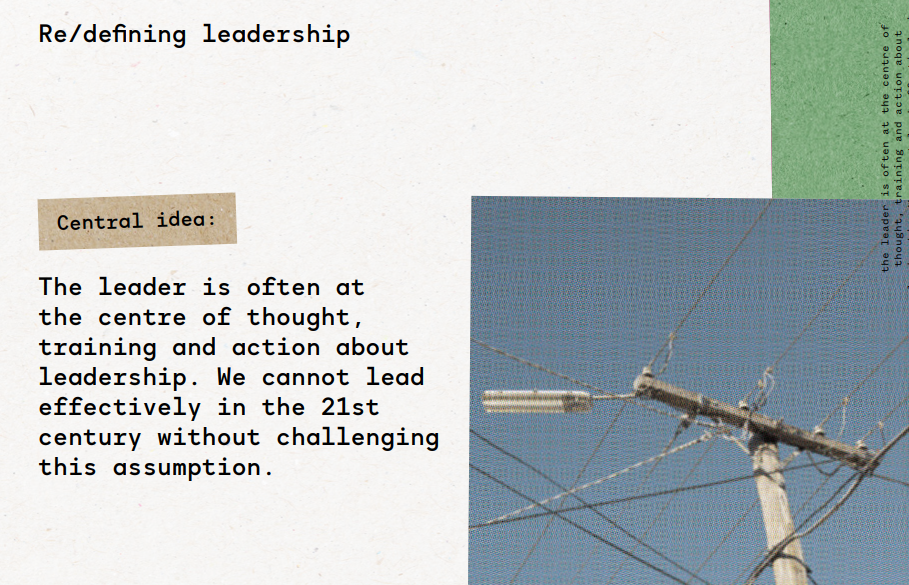 Futurists have been heralding the advent of the 4th Industrial Revolution for some time. However, it wasn’t until recent cataclysmic events, which precipitated huge disruption to existing structures such as supply chains, and accelerated the uptake of digital technologies, that we have started to appreciate the emergent future. The intersecting ecological, social and technological disruption creates unique opportunities and challenges for shaping this future. There is much anxiety about the future – how can we use leadership to steer towards not only surviving this future, but thriving in it? The conversations we have had with leaders to date about this new world have yielded two themes in particular: 1) that we must re-define what we mean by leadership in this modern context, and 2) that in re-defining leadership, we must also re-frame purpose and the relationships that constrain or enable it. We explore these themes in the context of a cybernetic approach. For more on what leadership is, and why it needs to change in the 21st Century, see The Menzies Leadership Forum – Audio Podcast.

Central Idea: The leader is often at the centre of thought, training and action about leadership. We cannot lead effectively in the 21st century without challenging this assumption.

We start from the premise that in the 21st century, the system is the critical unit of analysis. A future-focused approach to leadership will be built on networks of change agents who can foster and support multi-sector collaborations to support the radical thinking required to build capability. If we think of the system, rather than the individual, as the focus for leadership, we might jettison the term “leader”. In its place we prefer the broad space of “leadership” or “skills for leading change”. Anyone can engage in leadership activities, or possess skills for leading change. This enables us to move away from the power dynamics inherent in notions of the leader and the led, and the dominant central view that leadership comes from an individual who has been given the rank of “leader”. Systems thinking methodologies challenge the idea that there is a single dominant view from the centre. The precise methodologies are varied and growing in popularity. We acknowledge these and build on them in the specific area of leadership. This necessarily includes moving beyond a focus primarily on describing the relationship between entities and environments, towards a focus on change and purposeful action. Not all systems methodologies explicitly address the role of technology. But in the 21st century, no analysis of systems – whether in the context of leadership or not – can be complete without considering technology. To date, the idea of incorporating technology into leadership discourse has been focused predominantly on technology literacy for leaders, coaching for tech start-up leaders, and the like. The idea that all those leading change will need to fundamentally address the role of technology in altering their businesses, practices, communities and selves, is much rarer and an area ripe for discussion. The increased role of technology in our lives offers fertile ground for exploring an approach to leadership inspired by the study of human-machine interactions. Technologies that learn from and adjust to information they receive are being embedded in many contexts. They shape us and are shaped by us, in relationship with the broader environments within which we both sit. In analysing feedback between technologies, humans and the environment – how information and other elements flow, where, and their effects – we are able to make explicit opportunities for intervention and action. Rather than focus on the static, we are led by the dynamic. Cybernetics is a systems methodology that engages with technology. It is an old idea that found new form in the 20th century with the rise of computing, and again now in the 21st century as many of the technologies it imagined, like artificial intelligence, come to fruition. It challenges ideas of control and communication in systems, and the role and interplay of human, environmental and technology-automated actions. The complexity of technology systems in the 21st century forces us to think of leadership in terms of these systems. Stay tuned, next up in this series of extracts, we will bring you – How can we think differently about leadership? – Part 2