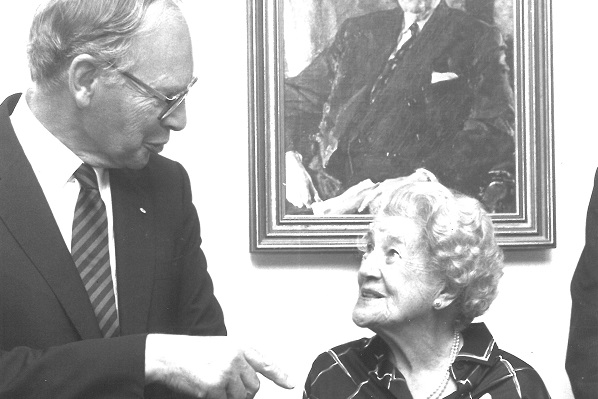 Today marks 30 years since the official opening of what was the Menzies Centre for Population Health Research in Tasmania (now the Menzies Institute for Medical Research), by the Right Honourable Sir Ninian Stephen KG, AK, GCMG, GCVO, KBE, QC, when he was Governor General of Australia.

For 30 years the people of Tasmania have benefitted from a centre of research excellence which exists to perform internationally significant medical research leading to healthier, longer and better lives in the state.

One of the proudest achievements of the Menzies Foundation coming up to its 40 year celebrations is the investment of over $9 million and playing a part in the establishment of four Menzies health and medical research institutes which have grown to develop such world-class reputations for their research. Over $3.5 million was dedicated to the Menzies Institute of Medical Research with the final grant paid last year.

The Menzies Institute of Medical Research had its origins in a Menzies Foundation workshop entitled 'Towards a Centre for Population Health Research', held in Hobart in 1987. Less than a year later the new centre was opened at the University of Tasmania on 14 January 1988, with a range of work extending from aetiological research to population-based intervention studies, and a strong focus on Sudden Infant Death Syndrome (SIDS) in its early research program. The Founding Director was Professor Terry Dwyer.

The Foundation undertook to provide base funding to the Menzies Centre for the first five years of its operations and significant support was also provided by the Tasmanian Government, the University of Tasmania, the National Heart Foundation, the AMP insurance company and the St John's Hospital (Anglican Church of Australia).

With the aim of the Foundation focusing on a healthy Australian community, the Hobart-based centre came just three years after the opening of the Menzies School of Health Research in Darwin, seeking to impact another area of great need; indigenous health.

MIMR has continued to make significant discoveries including:

Here's to the next 30 years of medical discoveries benefitting all Tasmanians.

Pictured is the Right Honourable Sir Ninian Stephen speaking with Dame Pattie Menzies, the wife of Sir Robert, at the opening of the Menzies Centre for Population Health Research in Tasmania 30 years ago today.

Sir Ninian later became the Chair of the Menzies Foundation and our law scholarship, named in his honour, will be relaunched later this year.