A career ripe with possibilities 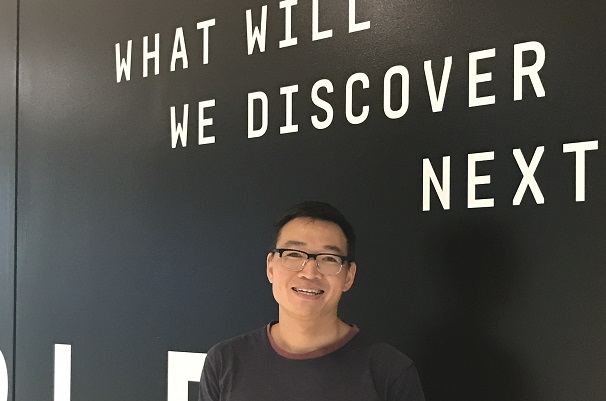 For those who want to understand potential early inspiration for a career in science, Dr Ken Pang remembers an already blossoming interest in medical research being cemented by a school holiday program run by the CSIRO.

He found himself at the Baker Institute in a lab exploring what happens when the small intestine of a rat is exposed to drugs. It clearly had an impact.

Soon after, he started medicine at the University of Melbourne and volunteered at various labs during his holiday breaks, to learn as much as he could.

These days his work spans research into blood tests which could help diagnose children with autism and providing treatment and support services to transgender children.

Ken is not easily categorised in terms of his professional field - his research has spanned genetics and immunology, whilst his practical medical specialisations include paediatrics and child psychiatry.

"I think working at the intersection of a number of fields presents opportunities," Ken said.

The 2007 NHMRC/RG Menzies Fellow who went to Harvard on both an NHMRC/Menzies Fellowship and a Fulbright scholarship has always had difficulty making a choice of just one specialty, but he is very clear on how he can make a difference for his patients with his medical research findings.

Playing dual roles as a Consultant Paediatrician with the Royal Children's Hospital Gender Service (one of the largest in the world) and Clinician Scientist Fellow at the Murdoch Childrens Research Institute, Ken works with transgender children and adolescents.

"The really nice thing about our service is that it is multidisciplinary so each person who comes in is seen by a paediatrician and psychiatrist, and we share the care and continue to support that person throughout their treatment.

"And that treatment is essentially about each individual feeling comfortable and congruent with their own gender identity."

It would be hard to find a field of medicine more controversial but also ripe with possibilities.

"This field is new and growing.

"So much is unknown in terms of long term safety and effectiveness and we want to know how we can do it better. I think I can use my research experience to help.

"It's also really interesting from a legal and ethical perspective - for example to provide some treatments we need permission from the Family Court," Ken said.

Ken feels the public conversation about gender diversity is maturing. "There is a lot of media - it's a hot topic, and recent programs on ABC's Australian Story and 'You can't ask that' are increasing people's ability to talk and understand more," Ken said.

Despite this, much of the political conversation is going the other way. Ken says his team has been very disappointed about some of the recent discussions and the Federal government's decision to defund the Safe Schools program, which he says has been of great help to many of the children who attend the Gender Service at RCH.

Looking ahead, Ken would like to use his genetic background to assist.

"Often families feel blamed or guilty. Where I think I can help is by doing more research about the genetic basis of gender identity. Twin studies have identified that if one identical twin is transgender, the other has a 40 per cent likelihood of also identifying as trans. For non-identical twins, it was 0 per cent.

"This suggests that there is a strong genetic - and hence biological - basis for gender identity. I'd like to understand this more. By doing so, it might help the public conversation by countering the misconception that simply providing education on issues related to gender diversity will turn young people trans," Ken said.

Ken completed his NHMRC/RG Menzies Fellowship with the Department of Molecular and Cellular Biology at Harvard University and the Inflammation Division at the Walter and Eliza Hall Institute (where he also maintains a research position).

It's very clear from the animated way Ken reflects on his time in Boston, that the fellowship experience was not just about the fantastic professional opportunities but also about meeting a wide variety of interesting people and establishing life-long friendships with people from around the world.

Personally it was also a very important time as both of Ken's sons were born in Boston and his wife, Danielle, worked at Massachusetts General Hospital as a bioethics fellow and in palliative care.

The research Ken pursued at Harvard on the 'poor cousin' of DNA, RNA, has continued to advance throughout his career and is starting to take on some very promising directions.

He is working in collaboration with La Trobe University's Andrew Hill and they are just starting to look at the presence of RNA in a blood test and whether it can identify who has autism and who doesn't.

"The other exciting aspect of RNA work is in the field of RNA-based drugs. The Nobel Prize in medicine was awarded 10 years ago for the discovery that RNA can be designed to specifically turn off any gene. Billions of dollars have been spent by pharmaceutical companies to turn this discovery into novel therapeutics, and there have been over 30 clinical trials of RNA-based drugs for various cancers, diabetes, macular degeneration, HIV, Ebola and more," Ken said.

"The biggest problem facing the field is that it's proven incredibly difficult to deliver these drugs into cells. My team has been studying a natural mechanism by which RNA enters cells, and are working to exploit this to improve delivery."

To get away from it all Ken also loves to surf and he hopes to take advantage of the Christmas break down at Ocean Grove on Victoria's Bellarine Peninsula.

2017 promises big things and no doubt some new possibilities.