A year of consolidation and reflection | Menzies Foundation

A year of consolidation and reflection 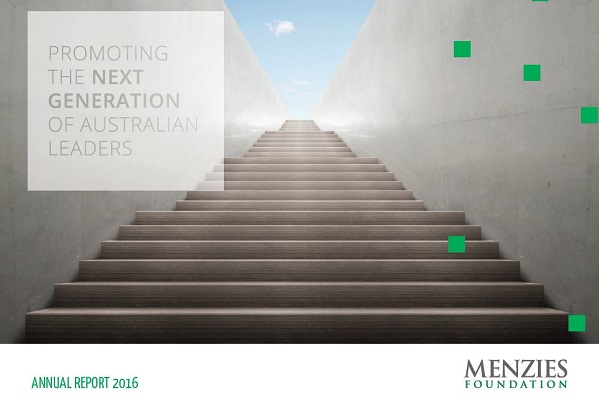 The Menzies Foundation has released its 2016 annual report following the AGM on Friday 19 May.

Menzies Foundation Chair, Professor Simon Maddocks and CEO, Sarah Hardy, released the report saying it had been a time of consolidation and reflection.

"Our Menzies Scholars have continued their strong record of achievement and leadership across many and variety professions," they said.

A visit by Baroness Valerie Amos, who delivered the Menzies Oration, the opening of Menzies Square in Jeparit and highlights from the Menzies Scholars across Australia and around the world feature in the report, along with changes to the details of some of the Foundation's partnership arrangements.

A downloadable version of the report is available here.