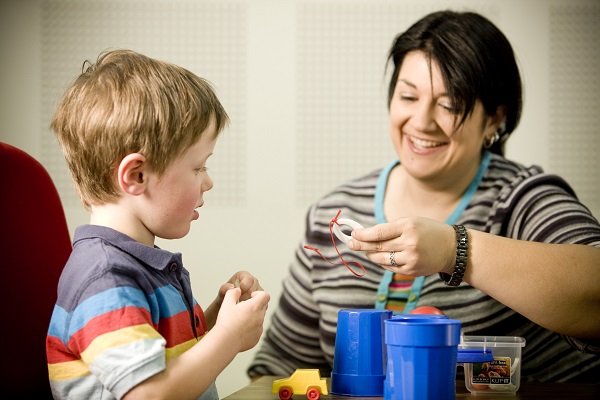 A smartphone app to aid parents in the early detection of Autism developed using research by Menzies Scholar, Dr Josephine Barbaro, who is working at the Olga Tennison Autism Research Centre, is one of the 10 Australian finalists in the Google Impact Challenge.

Members of the public are invited to vote for the not-for-profit project they think is the most deserving as part of the Google Impact Challenge, which runs until 26 October.

The ASDetect app has already been downloaded 10,000 times since its launch in February.

Josie, who is the 2006 Menzies Research Scholar in the Allied Health Sciences and a La Trobe University Research Fellow, has been working on research to aid in the early detection and management of autism for over a decade.

Josie says "By rolling out this app internationally, we can assist in the early identification and diagnosis of more than 73 million children, paving the way for early intervention and better developmental outcomes."

The funds from the Google Impact Challenge would go towards translating the smartphone app into five languages (Mandarin, Japanese, Indonesian, Spanish and Polish) so that it is able to be used around the world, particularly in countries with limited access to local medical help.

The app, which is based on Josie's research and developed by Salesforce as part of its integrated philanthropic 1/1/1 model (where Salesforce applies its people, technology and resources to help non-profits and education institutions achieve their goals), has already won a National iAward for Research and Development Project of the year.

As part of the process, the 10 finalists present their projects to a high profile judging panel with a wide-range of professional experience; Lucy Turnbull AO, David Gonski AC, Layne Beachley AO, Melissa Doyle AM, Dr Larry Marshall (the Chief Executive of the CSIRO) and Google Directors Jacqueline Fuller and Alan Noble.

The judges' selection combined with the public vote, determines the four winners.

You can add your vote for the Australian finalists here: https://impactchallenge.withgoogle.com/australia2016