CEO and Board changes | Menzies Foundation

CEO and Board changes 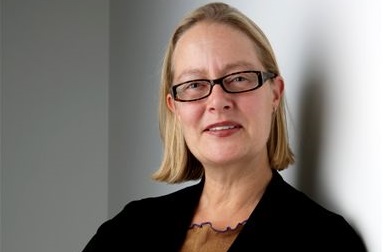 The Menzies Foundation has kicked off the new year with a number of key leadership changes.

With over 20 years' experience in social impact, philanthropy and leadership development, Elizabeth Gillies has been appointed as Chief Executive Officer of the Menzies Foundation.

CEO Sarah Hardy is starting a new role as CEO of the RE Ross Trust, after four years with the Foundation.

Ms Gillies will be responsible for delivering the Board's new priorities in entrepreneurship, education and law, activities to mark 40 years of the Foundation's work, along with the day-to-day running of the Foundation.

Among her many career highlights, Ms Gillies was instrumental in establishing and managing both the Centre for Ethical Leadership and the Asia Pacific Centre for Social Impact during her six years with the Melbourne Business School at the University of Melbourne.

She was awarded a research fellowship to investigate best practice in philanthropy, working alongside The Trust Company philanthropy team to develop the Engaged Philanthropy model. This work will culminate in the national launch of the Best Practice in Philanthropy Report in partnership with Philanthropy Australia shortly.

Ms Gillies has a Bachelor of Commerce from the University of Melbourne, a Graduate Diploma of Management (Industrial Relations) from Victoria University and a Master of Public Policy from Deakin University.

Menzies Foundation Director, Dr John Stocker AO, welcomed the appointment saying "Ms Gillies brings to the Foundation the insights of someone who has worked across the not-for-profit, university, government and private sectors, including setting up her own businesses.

"This is a very important time for the Foundation and Liz's experience, energy and enthusiasm will be valuable to help achieve our vision this year; an auspicious year marking 40 years since the original concept of the Foundation," Dr Stocker said.

There are also some changes at Board level.

Professor Simon Maddocks has stepped down as Chair of the Board due to an increasing workload and the challenges of supporting the Foundation team and Board from a considerable distance at a time of significant change and transition.

Dr Stocker has taken on the Chair's role until an election can be held at the next Board meeting in late February.

Prior to Christmas, Sandra Mackenzie OAM tendered her resignation from the Board after five years of service as a Director and many more in a leadership role with the Foundation itself. Dr Stocker said her experience and knowledge of the Foundation and its scholars have been of great benefit.

To increase the financial expertise and management at Board level, Chris Butler (Treasurer) and Harvey Kalman (Chair of the Investment and Finance Committee), were appointed to the Board in late 2017.

Associate Professor Anne-Marie Hill, 2008 Menzies Scholar in the Allied Health Sciences, will join the Board officially in February as one of two Alumni representatives. Anne-Marie will be the Deputy Chair of the Menzies Alumni for 2018 and Dr Sheree Hurn will step into the role of Chair, as Dr Adrian McCallum has completed his two year term on the Board.