Exploring the edges of law 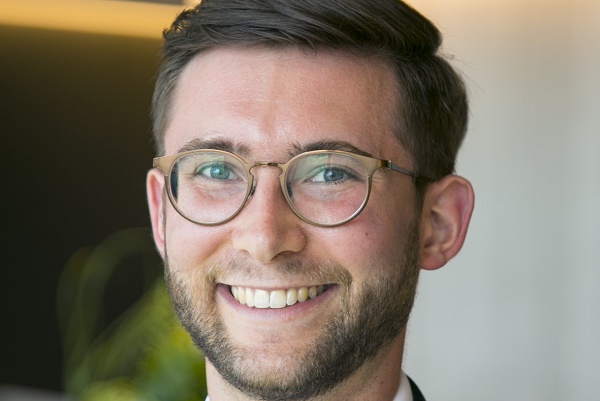 Contributing to the development of refugee policy and creating greater awareness of Australia's international legal obligations is what Lyndon Goddard would like to do when he returns from studying a Master of Laws at Cambridge.

The recipient of the 2017 Sir Ninian Stephen Menzies Scholarship in International Law, Lyndon first got a sense of the challenges and opportunities that might exist when working in domestic government through studying a mix of constitutional, administrative and international law subjects at the University of New South Wales (UNSW).

"I particularly enjoyed the intellectual stimulation and challenges presented through doing a dual degree in international studies and law. It was fascinating to develop a better appreciation for how society is structured and governed and how law and policy interlink," he said.

A particularly formative experience for Lyndon was when he was able to explore this intersection of law and politics as a part of the 2013 UNSW team who competed in the Philip C. Jessup International Law Moot, ultimately reaching the international quarter-finals.

"One of the questions we had to address revolved around international law and so-called 'climate refugees'. Currently the international legal definition of a refugee doesn't include people displaced by climate change, such as by way of rising sea levels.

"Working on that problem was a fascinating opportunity to explore the edges of the law and to consider how international law might be called in aid of these kinds of asylum seekers outside the confines of the Refugee Convention," Lyndon said.

This curiosity about law, policy and society is part of what led Lyndon to choose the University of Cambridge for his Master of Laws.

"Cambridge has a particularly strong reputation and hosts one of the world's most prestigious academic institutions focusing on international law, the Lauterpacht Centre for International Law. The unique intellectual environment that Cambridge offers is something that I hope to absorb as much as I can," he said.

Upon returning, Lyndon aims to work within the public sector in a role that focuses on international law. He hopes to be able to contribute to the development of refugee policy and create more awareness of Australia's international legal obligations which he feels are often lacking in the public discourse.

"Australia is going to be faced with engaging with and assisting refugees for increasingly diverse reasons - including, in the medium term, the effects of climate change. Having an influence on how the issues are debated and how policy is created or reformed would be enormously satisfying," he said.

"This scholarship will help me do that. It provides me with a unique opportunity to pursue academic and policy interests in a rarefied intellectual atmosphere. It represents a recognition of my interests and achievements in these and related areas over several years. And it allows me to reflect on the experiences I will gain and bring this knowledge back to help shape Australia for the future."

Named in honour of the former Governor General and High Court Justice, the Sir Ninian Stephen Menzies Scholarship was awarded for the first time in 2014. The scholarship recognises Sir Ninian's eminence and contributions to Australian and international law and governance as a lawyer and is awarded to individuals likely to attain prominence in Australia and, in their subsequent careers, make a contribution to community or international relations and understanding.

The scholarship is valued at up to $AU75,000 per year towards compulsory university fees and charges, a living allowance, the cost of books, equipment and travel. The scholarship program is partially supported by funds from the Australian Government.