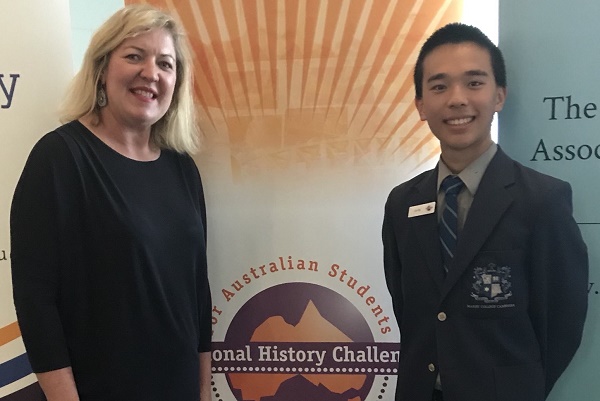 Leo Ng from Marist College in Canberra has taken out the National History Challenge special category 'Sir Robert Menzies and today's Australia' with an excellent essay addressing the question 'Did Sir Robert Menzies contribute to a better world?'.

With many examples of Sir Robert Menzies' 18 years as Prime Minister, Leo argues that Menzies 'revolutionised the country's standards and expectations of their leaders'.

In his research he found Menzies had an 'uncanny focus on the working middle class', which still has an impact on how Australia functions now. Leo says Menzies not only formidably represented Australia on the world stage but 'his office kick-started advances in Australian education, academia and health care'.

He sums up by saying 'Regardless of political philosophy, it is difficult to deny the far-reaching and penetrating influence that Sir Robert Menzies has had' in his time as Prime Minister.