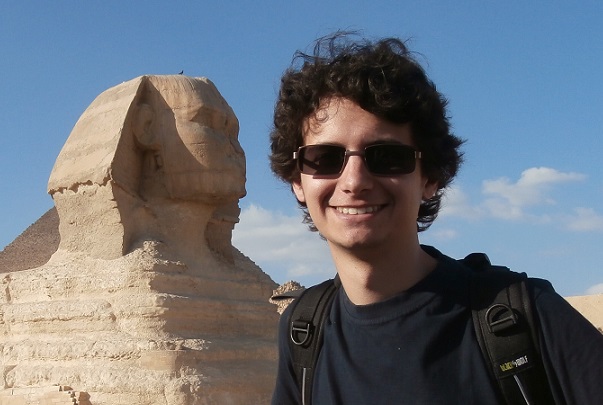 Immersion in subjects examining the crossover between politics, administrative and constitutional law, along with a unique experience working for the UNHCR, have inspired 2017 Sir Robert Menzies Scholarship in Law recipient, Nathan Van Wees, to complete a Bachelor of Civil Law at the University of Oxford.

"Initially I thought I would put my knowledge to use as a refugee advocate. But then I also started to discover the intricacies of applying law to a number of other social contexts when examining the nuts and bolts of statutes," he said.

"I was hooked on exploring all the little questions that don't have clear answers."

Nathan completed his Bachelor of Laws and Bachelor of Arts at Monash University and received several awards including the University Medal in Law, Sir John Monash Medal in Arts and prizes for best Honours thesis in both Law and Arts (Politics). In his Honours thesis Nathan explored the assumptions courts make when interpreting laws and how this affects access to justice. This involved consideration of legal theories which are common in the United States but which are not often discussed by Australian courts.

"This area of study is important because in Australia the higher courts don't often set out their general theory or understanding of legislation - that is, what Parliament is doing when it creates laws. This can mean that courts lack a theoretical anchor when interpreting statutes, potentially leading to inconsistent or undesirable decisions," he said.

Along with other community work, Nathan was fortunate to spend three months working with the United Nations High Commissioner for Refugees (UNHCR) in Canberra at a time when it made submissions to the High Court as amicus curiae ('friend of the court'). The case concerned 153 asylum seekers who were being held on a boat offshore, with the Australian Government seeking to return the asylum seekers without processing their claims for protection.

"UNHCR very rarely takes an amicus role in Australian courts; in fact this was only the second time in the organisation's history," Nathan said.

"That I was working on a High Court case while still an undergraduate was a privilege, to say the least. Working on this case impressed upon me the role of law in society and the value of exploring these sorts of legal questions" he said. "I was able to learn a great deal from the legal team at UNHCR."

Nathan has also spent time in a commercial law practice and is currently working at the Supreme Court of Victoria, providing legal research for judges of the Trial Division.

Nathan now aims to put this base of knowledge and practice to work during a Bachelor of Civil Law at Oxford University - a course he selected based on the university's reputation for public law and jurisprudence.

"That area of specialist knowledge combined with the close collaboration with tutors is what really drove me to apply to study at Oxford University," he said.

"I always thought that study at places like Oxford was out of reach - to make it a reality is incredible. I'm very grateful to the Foundation for making it possible."

After completing his study Nathan hopes to take his career down two paths. He would like to work in academia by adding to the theoretical frameworks for interpreting Australian legislation. He would also like to work as a barrister to put this understanding into practice.

The 2017 Sir Robert Menzies Scholarship in Law is valued at up to $AU75,000 per year towards compulsory university fees and charges, a living allowance, the cost of books, equipment and travel.