Out of the darkness - solving the fundamental scientific puzzle | Menzies Foundation

Out of the darkness - solving the fundamental scientific puzzle 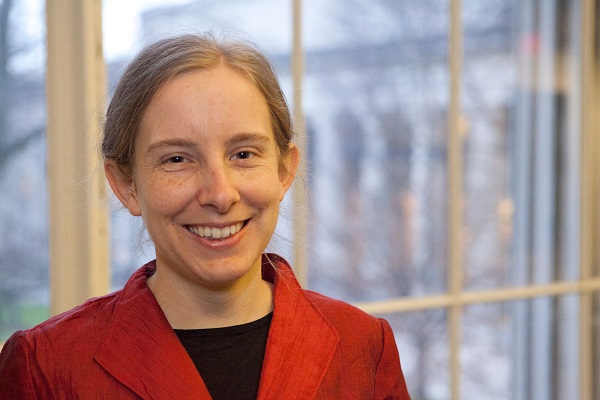 "Don't you want to know what makes up 80 per cent of the universe?" This is the scientific puzzle that drives Tracy Slatyer, a self-confessed nerd who overcame bullying to pursue her passions and now works to unravel the mysteries of dark matter.

The Assistant Professor at MIT's Center for Theoretical Physics and 2006 Harvard Menzies Scholar conducts research which spans the fields of particle physics and astro physics, helping us understand what is in the darkness, with the ultimate aim of revolutionising particle physics.

"We don't know what does comprise this dark matter, but we know it doesn't reflect or absorb light. It does have mass and gravity, just like ordinary matter, but at present, that's all we know about it. When people talk about searching for dark matter, what we really mean is trying to figure out what it is and what forces it experiences.

"Ideally we would get a signal at an experiment searching for dark matter, and thus revolutionize particle physics!"

But the real breakthrough might be in the process of getting to the outcome.

Research such as Tracy's is more about exploration than the model of application and commercialisation.

"We're trying to figure out what dark matter is because we want to understand what comprises more than 80 per cent of the matter in the universe, not because we think it'll have immediate technological applications.

"That said, we have many examples of the process of learning about fundamental physics producing spin-off technologies that are useful in a practical sense. The Internet as we know it today started out as a way for scientists at different institutions to share data," Tracy said.

Tracy's current position at MIT (where she hopes to gain tenure) combines research, mentoring and teaching. She has clearly found the perfect fit for her in terms of a working environment. "MIT is a fantastic place; I applied for a faculty job there early in my postdoc on the off-chance it might work, and was very pleased when it worked out. The culture is very nerdy; it's great for me. There are so many projects going on at any one time - people are not possessive in terms of ideas.

"Science today is very collaborative and tends to involve a great deal of interaction and communication."

Tracy's passion for the subject of dark matter was inspired by her experiences during her scholarship at Harvard.

"The Menzies Scholarship helped send me to Harvard for a PhD in physics, after I completed my undergraduate degree at the Australian National University. I was there for four years and it was an amazing experience.

"My first year at Harvard involved a lot of advanced coursework in subjects like quantum field theory and string theory, but at the same time, I was looking around for a research advisor.

"Somewhat by serendipity, I ended up working with a young assistant professor in the Center for Astrophysics, Doug Finkbeiner. I had no background in astrophysics, but Prof. Finkbeiner wanted a student with a particle-physics background to work on searches for dark matter using astrophysical and cosmological data.

"At the time, thousands of particle physicists were waiting with bated breath for the Large Hadron Collider to switch on for the first time. Prof. Finkbeiner introduced me to the idea that there were already plenty of data out there that could potentially shed light on fundamental physics - in particular, on the properties of dark matter - that were getting far less attention from particle physicists. In some cases there were puzzling signals in these data that had been known for years, and nobody had yet managed to figure out their origin.

"Consequently, my PhD focused on novel dark matter models and figuring out new ways to search for them, which is not at all what I expected to work on when I first arrived at Harvard! I've tried to carry that 'go where the data is' philosophy forward into my subsequent career."

Tracy's own advice to scholars reflects this experience.

"I spend a bit of time with the undergrads here at MIT and I try to give them that message - events in your life may not be what you expect, but they can take you down an interesting tracks, and that's a good thing.

"The best opportunities are not always the ones you anticipate in advance. I could have said no to some of the most fascinating things I've learned, if I'd insisted at Harvard that 'I came here to do particle physics' and closed myself off to astrophysics."

This is good advice from an Assistant Professor whose career is a testament to the encouragement of parents, teachers, like-minded friends from far-flung places and to her own hard work and resilience.

Following her instincts has always been a part of Tracy's science journey and right now she finds herself in a very good place. This wasn't always the case for the self-confessed science and maths nerd who overcame high school bullying to pursue her passion.

"I realised that I was unusually good at maths starting in primary school, and I was also always curious about how the world worked - physics allows me to use the former to try to explore the latter. I read Stephen Hawking's' book "A Brief History of Time" when I was 12, and found it fascinating, and then I had some really excellent physics and maths teachers in grades 8-12 who cemented my interest in the field.

"My parents have always been extremely supportive, which I think was important. I was bullied rather badly in 7th-8th grade for being a girl who was good at science and maths, and I think that could have discouraged me from pursuing a career in science, if my parents hadn't been very clear that they were on my side and the bullying wasn't my fault.

"It's hard to say whether it made me more resilient, but it forced me to realise I was willing to defend my interests and talents; that it was worth it to me. It was very painful at the time, though."

Tracy identifies that aside from parents and teachers it was just one important moment in time that helped her stay on track despite the bullying.

"I won a medal in the Australian Math's Competition and they flew me back to Australia (from Fiji where she was living) to accept the award. I had just two hours with the other students who had won awards and it changed everything for me. I could see 'oh I can make friends when we have common interests'. I kept in touch with those friends for years and they helped me through the tough times at school and I really only met them so briefly. A small thing can have a big impact."

The challenges to science these days come from more powerful quarters.

Tracy and her colleagues attended the recent March for Science noting that the real success of the protest is when people not involved in science join in and share the message.

"The fact that the President has still not appointed a Science Advisor is quite worrying; it suggests the White House doesn't place much value on either listening to scientists or supporting scientific research," Tracy said.

"I suspect that for more political traction we need more scientists in public office - at present, I believe exactly two members of the US Congress have PhDs in science or maths. We also need more public awareness of both what is lost when science funding is cut, and the actual costs of science funding."

When she isn't dealing with research into dark matter or putting her mind to the dark art of politics, Tracy enjoys hiking and skiing, reading, vegetarian cooking, playing with her two cats, and gardening.

"I have a soft spot for Broadway musicals, I spend far too much of my free time reading political news on the internet, and I'm a card-carrying member of the American Civil Liberties Union."