Paving the way for the next generation of Indigenous leaders 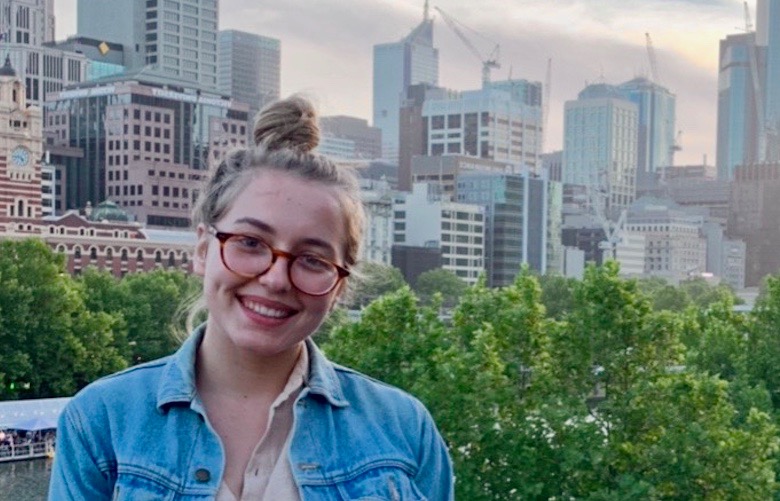 With a strong calling to pave the way for the next generation of Indigenous young people, Edwina Green is excited about the opportunity to mentor students at the Melbourne Indigenous Transition School (MITS) next year.

Edwina has been awarded the 2019 Sir Robert Menzies Indigenous Mentoring Fellowship, to spend 12 months as a mentor to Year 7 students at MITS. Students from remote and regional communities come to MITS to study for a year in Melbourne while living in a home-style, safe environment. Their year at MITS is designed to enable a supported transition to city life and high school the following year.

“Changing the future of education for Indigenous Australians is vital – and it’s a movement I want to be part of,” Edwina said. “I'm really looking forward to creating a home away from home for the students, and supporting them to feel safe, happy and welcome in Melbourne.”

Valued at $20,000, the Fellowship will enable Edwina to further develop her own leadership through education and governance training. At the same time, she will support the growth of other future leaders – the MITS students – through shared pathways and experiences, positive role modelling and the embrace and support of Indigenous culture and identity.

“I'm excited about watching the new MITS students grow throughout the year, and about building relationships with both the students and MITS staff,” Edwina said. “I’m also looking forward to seeing how I’ll personally grow from the experience as a mentor and leader for the students.

“I think it’s important for young Indigenous people to have role models who have experienced adversities but have pushed through them and come out stronger.”

Edwina is currently majoring in visual arts as part of her Bachelor of Fine Arts degree at the University of Melbourne’s Victorian College of Arts. She is also currently working as a program leader for the Melbourne Arts Centre’s Away From Home program, which aims to create an arts community for Indigenous girls who are boarding in Melbourne, away from their homelands. Her role within this program is to support the girls, encourage their engagement in the community and role model leadership within the arts sector.

Growing up between Tasmania and Melbourne, Edwina understands how important a sense of home is. “I had to create a sense of home wherever I was, and I felt most at home when I was surrounded by other Indigenous people who had similar experiences to what I was going through,” she said.

“Providing cultural support is extremely crucial for our mob to ensure they feel at home while living on the other side of the state or country."

The Menzies Foundation funded the first Sir Robert Menzies Indigenous Mentoring Fellowship in 2017. Each year the Fellowship enables a young Indigenous leader to provide essential mentoring, peer support, and cultural connection to MITS students on a regular basis throughout the school year, whilst undertaking their own study. Edwina will take up the role in early 2019.

“This mentoring position impacts both the MITS students and myself to an extent that could never be measured,” Edwina said. “I'm so grateful to be able to take on this role next year thanks to the Menzies Foundation, who are supporting not only my growth as a leader, but also the growth of young Indigenous students who need a mentor in their life.”