Rawlinson made Fellow of AAHMS 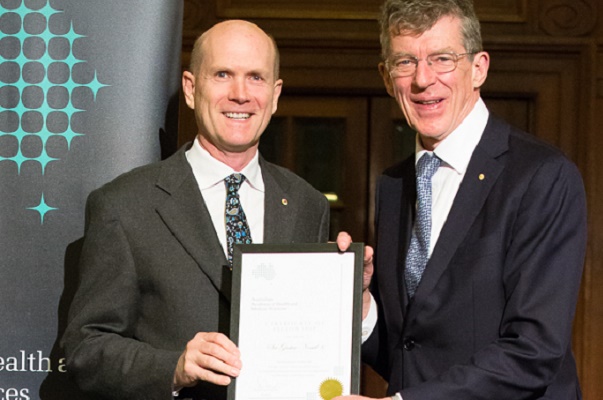 Professor Bill Rawlinson AM has been elected a Fellow of the Australian Academy of Health and Medical Sciences for his work in translational research into cytomegalovirus (CMV) amongst other achievements.

Senior Medical Virologist and 1991 Menzies Scholar in Medicine, Professor Rawlinson joins fellow Menzies Scholars, Professor Robyn O'Hehir AO, Professor Jamie Vandenberg and Professor Matthew Kiernan, who were elected Fellows in 2014 and 15, each having demonstrated significant and sustained contribution to the science of health in Australia.

"He established, and oversees, serology and virology clinical research programs, state-wide transplant donor screening, and national quality programs for serology and biosecurity. He is conjoint professor at UNSW while holding an NHMRC Practitioner Fellowship.

"His research has attracted $41 million in competitive funding and his 290 publications have an H-index of 52. His contributions are recognised by an Order of Australia (AM) for services to medical sciences, Fenner prize, and the Australian Council on Healthcare Standards Gold medal."

The Academy announced the news of the 50 new 2016 Fellows as part of its second Annual Scientific Meeting at the Translational Research Institute in Brisbane, saying the new Fellows added to the depth of skills and experience at the Academy and reflected a depth of talent in the health and medical research community in Australia.

In welcoming the new Fellows, President of the Academy, Professor Ian Frazer (pictured with Professor Rawlinson) said: "Their election as Fellows of the Academy will help to ensure that the Academy can promote use of the best in research-informed health care for all Australians."

The Academy aims to promote health and medical research and its translation to enable a healthier community in Australia and the world.