Shaping the future of science 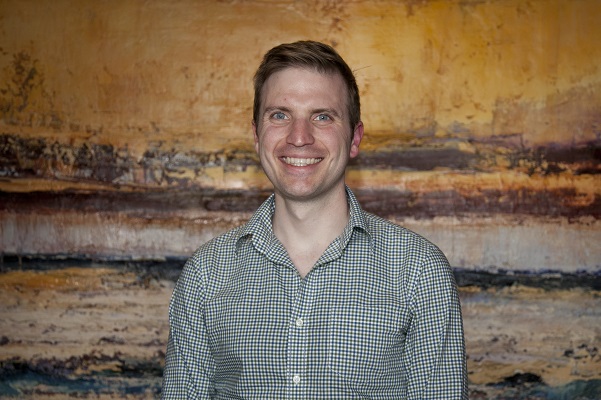 Imagine reducing the need for invasive gut tests like colonoscopies or developing bacteria in your gut which could help manage your own inflammatory conditions.

These are some of the potential futures for patients with inflammatory bowel disease being explored in Dr David Riglar's research at Harvard Medical School and the Wyss Institute for Biologically Inspired Engineering.

David was recently home in Melbourne to present his work 'Gut Feelings: engineering bacterial circuits to probe the mammalian gut in sickness and in health' to his future colleagues at the Walter and Eliza Hall Institute (WEHI) as part of the Director's lecture series hosted by Professor Doug Hilton, and at St Vincent's Institute of Medical Research.

David, who completed a PhD at WEHI and the University of Melbourne on malaria and cell biology, will continue his research in the United States until his return to WEHI in 2018.

"In many ways the gut is like a black box – we are increasingly understanding its importance in managing a range of diseases, but it is hard to study in a non-invasive way", David said.

"If we can understand the interaction between the microbiota and the host, potentially we can eavesdrop on the bacteria's natural sensing systems so that they can sense inflammation and help reduce its effects.

"We'd like to develop new tests which look at the transient signals in the gut.

"The result might be a prototype diagnostic such as faecal testing instead of invasive tests like colonoscopies."

Using the example of a patient with Crohns disease, David says the new tests may allow a patient to monitor their own inflammation and seek medical intervention before the symptoms become so severe they need to be hospitalised – a common issue for Crohns and colitis patients.

There would be a raft of potential benefits including:

"These are exciting developments and synthetic biology is a relatively new field in Australia. It takes a big step conceptually but the benefits could be great," David said.

David is currently living in Cambridge, Massachusetts with his wife Sarah, an optometrist, who is teaching at the New England School of Optometry. They will return to Melbourne in 2018 when David takes up a role with WEHI, further boosting the contingent of Menzies Scholars at the oldest research Institute in Australia.