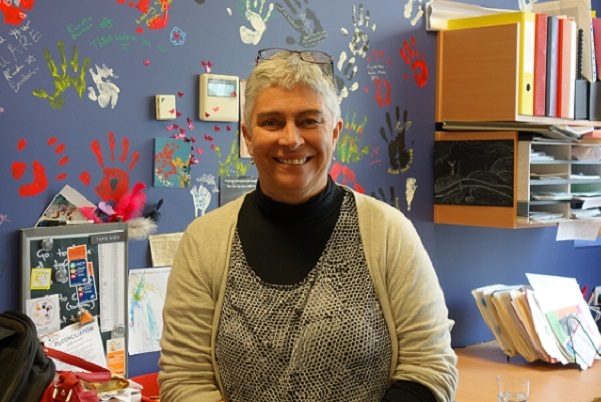 If the definition of leadership is helping others achieve their potential, then there could be no better leader than 2003 Menzies Research Scholar in the Allied Health Sciences, Dr Kerry Proctor.

It is a measure of the woman that she sees her current role as the Manager of an Indigenous Program with The Bouverie Centre (Victoria's Family Institute) as a failure, purely because she hasn't been able to replace herself with an Indigenous person.

The incredible thing in exploring Kerry's work and outcomes is seeing how much of what she has experienced in the past 15 years in her career relates directly to some of the hot political issues of the day:

-          training Indigenous family workers to give them high level qualifications and skills so they can deliver family therapy which is culturally safe and helps families deal with issues such as drug and alcohol abuse and gambling.

It is not surprising to learn that the most frustrating aspect of Kerry's work is not being able to secure ongoing funding for these programs to take the learnings from her work to create sustainable programs in Australian communities.

The irony is the community is searching for answers to some of these issues, when perhaps those answers are tucked away in an office of The Bouverie Centre, in a back street in Brunswick, Melbourne.

Kerry says the Menzies Scholarship "absolutely saved my life because it allowed me to finish my PhD.

"I was working on an anti-discrimination program with same sex attracted youth in schools to help address issues of homophobia and its links with bullying and suicide risk. The PhD was embedded in a community development program in regional schools called 'Breaking Through'. It was great work," Kerry said.

'Breaking Through' was developed in response to the concerns about school bullying and violence and their link to depression and suicide in young people.  It is a community development and holistic approach to challenge discrimination in schools involving families, students, staff and workers.

"As part of the program students who wouldn't usually work together, were placed in teams to work on role plays to explore issues, talk about values and what's important to them.

"It moved them away from identifying people with judgment and superficial descriptions as they got to know each other as people. The reaction was 'I didn't know I was going to like this person.'

"It was transformational. Through this program kids changed, they stepped into leadership roles, they became more confident to speak out," Kerry said.

"If we'd had the dollars to follow the trajectory of these students we would know that a significant number of people who have had that kind of transformational training actually go onto have greater impact on their own lives and the organisations they work for. That is the benefit of experiential, values-based learning."

"It was transformational. Through this program kids changed,
they stepped into leadership roles, they became more confident to speak out,"

"The thing that changed was a recognition of difference. An appreciation and an awareness from staff, parents and others that you see kids as kids exploring their sexuality, not monsters or some kind of threat."

Kerry still sees this work which was completed in 2004 as unfinished business. Despite her best efforts, with changes of government and staff in government departments, awareness of the program and its impacts was lost.

And the findings are not reflected in current government policy. "I would love to go back and work with schools around anti-discrimination particularly when I see all the stuff in the papers at the moment."

Kerry echoes the views being expressed by some in the LGBTIQ community, that a plebiscite on marriage equality could be incredibly divisive.

"If they have parents who are gay or queer or transgendered, it would set up a whole dynamic about how you cope with shame and negative identity descriptors. I think it could be a nightmare for kids and the schools may not be equipped to support them," Kerry said.

One of the benefits to have come from Kerry's 'Breaking Through' work was a community engagement model which was tried and tested and allowed her to consult to the then new Indigenous Program at The Bouverie Centre.

This is the program she now heads up with a team of 6 Indigenous and non-Indigenous family therapists/trainers.

Together they have developed a model of Family Therapy Training for Indigenous Social and Emotional Wellbeing. Under the auspices of La Trobe University, they have delivered post graduate training in family therapy to 90 Aboriginal and Torres Strait Islander health workers in communities over the past seven years.

These are Aboriginal workers, many of whom have never had any formal therapeutic training, now with post graduate qualifications and helping other Aboriginal families in communities.

Not only that, these qualified therapists are inspiring the next generation. "Many of our graduates are the first member of their family to do a tertiary course. Their kids are saying to them 'if you can do it, we can do it'," Kerry said.

"The importance of role modelling is huge in terms of the next generation."

The training has been mostly in Victoria, but also as far afield as Cape York - essentially wherever they are invited into the community and where funding can be sourced.

Whilst the Victorian State Government funds The Bouverie Centre to provide a statewide family therapy service for families at the most serious end of the spectrum (when there has been a serious mental illness diagnosed or complex trauma), the Indigenous program is largely funded by philanthropy and more recently by the Aboriginal controlled communities themselves.

The team has been invited to conduct two more training courses; again in Cook Town up on Cape York for 17 workers and another in Warrnambool. Five Victorian Aboriginal Community Controlled Health Services have banded together to broker philanthropic funding for the training to go ahead for their workers.

"We have had the program evaluated by the Lowitja Institute in 2015 so the reward is knowing we are doing something that works on the ground.

"The frustration is the next bit - ensuring the graduates continue to do well; embedding and implementing the work in organisations and for the government to take it seriously.

"We don't yet have the resources to measure the outcomes from the perspective of a health economist.

"I can tell you anecdotally that the trained graduates are reporting they are having fewer problematic instances in family sessions. In a very stressful type of work where stress and burnout are high, our qualified people experience lower levels of stress and drop out, they have increased confidence to apply for jobs, they have a career path now.... it is frustrating and wonderful all at once."

Kerry's top priorities now are to find the Indigenous Manager to take over her role and to continue the fight to ensure the program is sustainable and ongoing. Outside of that her priorities will be spending time in her country garden and getting to know a brand new grand daughter.