Understanding cultural differences in the experience of chronic pain 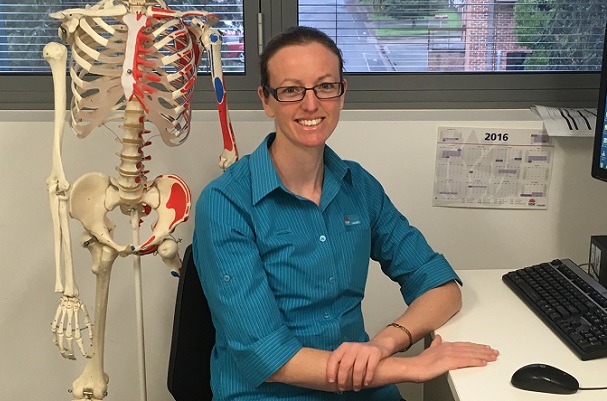 A physiotherapist who is studying the cultural differences in pain awareness, management and patient interactions, has been awarded the 2017 Sir Robert Menzies Research Scholarship in the Allied Health Sciences.

The first Western Sydney University student to be awarded Menzies Scholarship, Bernadette Brady, will complete her PhD on the project "The inequities of chronic pain - responding with culturally responsive physiotherapy".

Bernadette, who works in the pain clinic at Liverpool Hospital in Sydney, says despite more than half of the Australian population being born overseas or having at least one parent born overseas, no published randomised controlled trial into interventions for chronic pain management (our second highest health care expense) has included culturally and linguistically diverse (CALD) participants.

Her study is set to change all that.

"We know that there are health inequities in healthcare for culturally and linguistically diverse communities and we need to make some changes to address these issues given the increase in migration worldwide.

"I'd love to see physiotherapy lead this change by conducting the first empirical investigation into the use of culturally responsive physiotherapy for a significant global issue and one that greatly impacts on Australian health costs; chronic pain," Bernadette said.

Bernadette's motivation to start this study came from her own community and work environment in Sydney's south-west.

"I've been working for the last 10 years in the most culturally diverse health district in Australia and I continued to see differences in the patterns of patient responses in practice, from what we'd been taught to expect. I just wanted to understand why we wouldn't get the same outcome and what could be done to change it."

Bernadette's study is based around two key elements - using an initial assessment tool, which is more adaptable to different cultures, and incorporating key elements of cultural preferences into the treatment program given to a patient.

All physiotherapists know the initial assessment is the key. If you take time early on with the patient you may save a lot of time by not going down the incorrect treatment path.

Bernadette's study on CALD patients with chronic pain is using a culturally adapted physiotherapy assessment and treatment protocol, which is based on the PRISM mapping tool.

Using a page which represents the person's life, different circles represent the 'self', 'spouse/relationship', 'family', 'spirituality', 'recreation', 'work', as well as the circle representing 'pain'. The conversation between practitioner and patient focuses on how each of these elements relate to the 'self' and then talking about why and what the patient would like to see change in the picture.

"Traditionally the communities I am working with in this study are very family and community orientated, so for example if I see the family circle is a long way from the self, then that prompts me to ask more questions about that," Bernadette said.

Rather than using the standard questionnaires often employed by physiotherapists in practice, this is very practical for patients who may not read or write in English, is less confronting than direct questioning, and helps build the relationship between practitioner and patient.

The final protocol and tools established as a result of this research will be simple enough to use in any clinical setting with the assistance of a family member if an interpreter is not available.

A pilot study is already well underway with patients who self-identify as Assyrian, Arabic or Vietnamese, who have been referred to a physiotherapist for chronic pain. The results from the first two years give Bernadette plenty of reasons for optimism that positive change can come from her work.

"The findings from the focus groups are the exciting bit. What it shows is that it's not that hard to adapt what we do; often it's about the simple things done well," Bernadette said.

This can include modifying exercises and exercise programs to make them more culturally relevant (so for example using slow, balance movements reminiscent of tai chi for her clients in the Vietnamese cohort and by contrast, using traditional movement and dance as part of the plan for those who identify as Assyrian), getting the family and multicultural health workers involved where needed, running exercise programs out of the potentially intimidating hospital environment in places where there is parking and they don't have to travel out of their community, and making the effort to show you know something of their cultural background to put them at ease and help establish a relationship.

"It's not that complicated, it's just adapting some of the aspects of what we do as physiotherapists now when we treat chronic pain."

One of the exciting prospects is that this assessment tool may also be adaptable to other medical or clinical settings for use with people from different ethnocultural backgrounds.

Bernadette acknowledged the amazing collaboration, support and cooperation she has received from colleagues working in the health service and Liverpool Hospital, particularly the bilingual workers in the multicultural health unit.

The Menzies Research Scholarship in the Allied Health Sciences will provide $40,000 per annum for two years to allow Bernadette to complete her PhD at Western Sydney University.