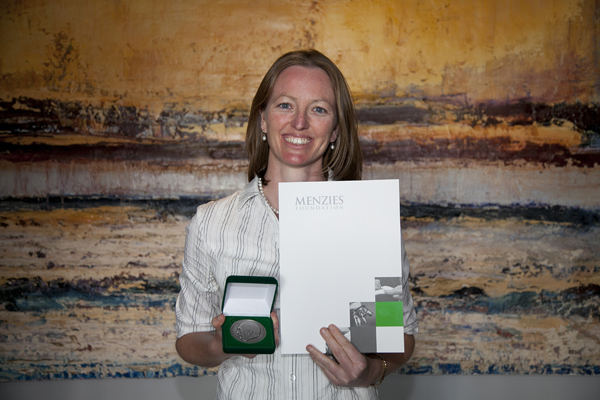 The results of a research trial by Menzies Allied Health Scholar and Liverpool Hospital Senior Physiotherapist, Bernadette Brady, will lead to the development of planning tools that practitioners can use to help them quickly explore a patient's cultural influences on their pain.

Bernadette is part of a team of physiotherapy clinicians and researchers from the three organisations, who have partnered to create a culturally responsive approach to treatment, to increase the number of patients from CALD communities completing their treatment.

Bernadette said they found chronic pain patients from CALD communities had limited success with treatments designed for Western cultures and compliance was a challenge.

"We ran focus groups to try and understand how different people experience pain, and it comes down to the fact that how you interpret pain is very much a learned experience, it depends on your experiences with pain, such as what you have observed growing up and your cultural and religious views," she said.

Ms Brady said group sessions were also set up to allow patients to discuss treatments that had worked for them and share their experiences.

"I think patients really responded to the sense of feeling part of a community, and not feeling so isolated in their pain," she said.

Over the nine-month controlled trial, staff found a significant improvement in the number of patients completing treatment, with 96 per cent of patients undergoing culturally-adapted physiotherapy finishing treatment compared to only 58 per cent of the patients attending for usual treatment.

There was also improvement in the attendance and adherence rates compared to patients who were undergoing usual care.

"We had 100 per cent patient satisfaction among those in the culturally-adapted physiotherapy group, which is very encouraging for us," Ms Brady said.

To hear from Bernadette and her patients in the trial, take a look at the news story from SBS: http://www.sbs.com.au/news/article/2017/09/22/australian-researchers-combine-cultural-practices-pain-management

Bernadette is completing her PhD with the support of a Menzies Allied Health Research Scholarship.