Realising dreams with focus and introspection

Hard work, introspection, self-care and a long-standing commitment to the Dimboola community has resulted in Courtney Dove being awarded the $10,000 Menzies Centenary Prize.

Courtney, who was dux of Dimboola Memorial Secondary College, has always appreciated the small close-knit environment Dimboola and the College offers. She also felt it important to give back to the community where possible and was among the first to join the Hindmarsh Shire Youth Council.

“The Council felt they needed a better representation of young voices in the community, so they started the Youth Council Initiative. Four students were chosen from each of the Hindmarsh regions and we were tasked with developing a youth engagement strategy.

“A big focus for us was developing a social life where we (the younger community) could all get together. We created a bunch of initiatives like dances and movie nights that people could get involved with,” she said.

While there was always a focus on creating fun things for the youth to do, Courtney and her peers also took the opportunity to use these events to raise awareness around important issues that are sometimes hard to discuss.

“At the end of some events we tried to organise a speaker that could present on different topics. For example, at the end of one of the movie nights we had a speaker talk about mental illness which I think is a bit of a taboo topic both for students and adults,” she said.

This topic was of particular importance to Courtney, whose journey through school was not an easy one.

“Throughout high school I dealt with depression and anxiety. It was particularly hard in year 12 when I started to be overcome by a looming pressure which impacted impact my studies.

“Thankfully I had a very specific goal of wanting to go to the University of Melbourne which drove me to find help and to help myself. 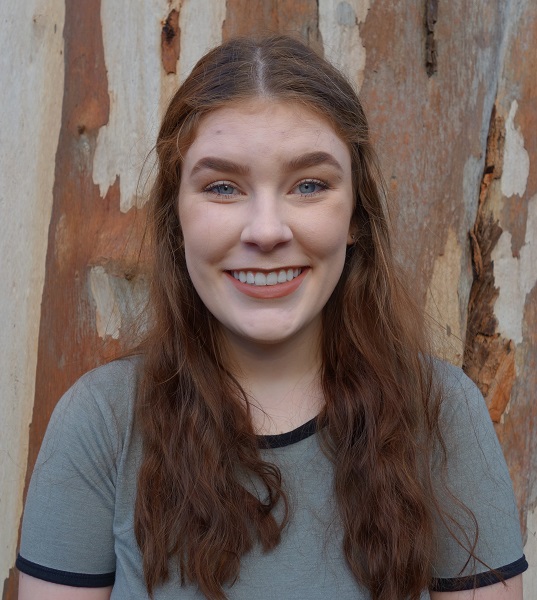 “Through that help and with lot of introspection I was able to get to the point where I was able to let myself be not OK. And to understand that it’s OK to not be OK. I also learned that I’m a lot stronger than I thought and that I can overcome, and be better than, anxiety or downs,” she said.

Courtney is now realising her dream of studying at The University of Melbourne. She’s enrolled in a Bachelor of Arts and hopes to major in Psychology and Media & Communications and received a scholarship to stay on campus at Queens College.

“College and University is a completely new world for me so I haven’t branched out too much. I’ve been focused on my studies and adjusting to university.

“I’m the eldest of five siblings, so it’s nice to have people around all the time. But it’s also nice to be able to close my door and have some privacy!” She said.

Courtney, who has a “humongous” hobby for makeup, hopes to combine her passions for psychology, marketing and PR to one day open her own beauty business.

Initiated in 1994, the Menzies Centenary Prize is awarded to a Year 12 student from the Dimboola Memorial Secondary College based on their academic achievement and contribution to community.

The $10,000 prize is a partnership between, and jointly funded by, the Menzies Foundation and the Menzies Memorial Scholars Association and was created to mark the centenary of Sir Robert’s birth in Jeparit.