Who is Professor Brian David Johnson? 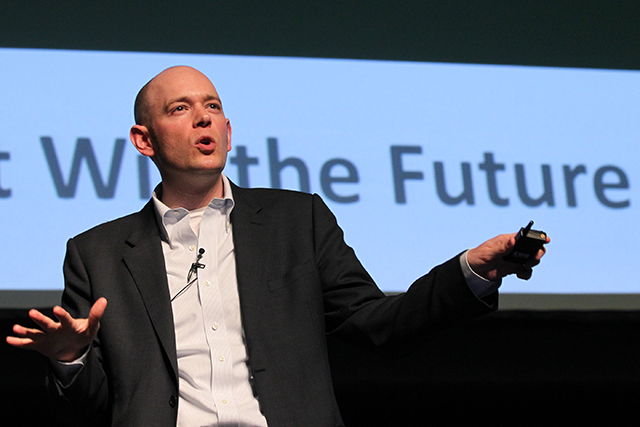 Professor Brian Johnson is a futurist who works with organizations to develop an actionable 10-15 year vision and what it will feel like to live in the
future. Brian is currently the futurist in residence at Arizona State University’s Center for Science and the Imagination, a Professor in the School
for the Future of Innovation in Society and the Director of the ASU Threatcasting Lab.

He is also a Futurist and Fellow at Frost and Sullivan. Brian speaks and writes extensively and has contributed to publications like the Wall Street Journal,
Slate and Wired Magazine. He was appointed the first futurist at Intel in 2009 where he worked for over a decade.

He regularly appears on the BBC, Bloomberg TV, PBS, FOX News and the Discovery Channel and has been featured in Scientific American, The Technology Review,
Forbes, INC and Popular Science. In addition, Brian has directed two feature films and is an illustrator and commissioned painter.

Please keep an eye out for future communication regarding attendance.